Administration of amino acid compounds is very effective for treatment of children suffering from delayed mental development, speech disorder and oligophrenia of a various etiology and severity, irrespective of the severity. Results of examination show that administration of amino acid complexes to children with oligophrenia leads to faster sensor-motor reactions, improved short-term hearing and visual memory, improved capacity of spontaneous perception and development of fine motor functions of the hands. Development of higher brain functions occurs, such as perceptivity and imagination, leading to the development of abstract-logical forms of thinking, and thus an increased level of intellect. In addition, there is a decreased intensity of neurotic disorders and psycho-emotional stress and a normalisation of behavior occurs. In children with attention deficit hyperactivity disorder, after the first or second course of treatment, a reduction of hyperactivity, normalization of behavior, and increased concentration of perception can be observed. The younger the child, the more pronounced the effect that can be achieved. 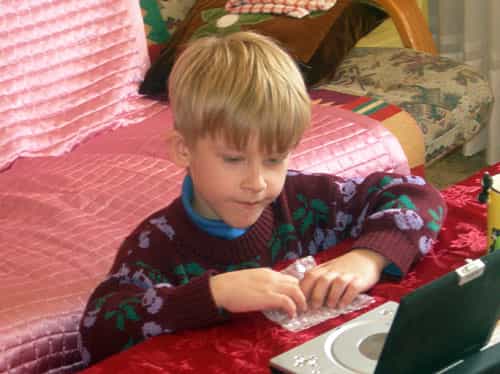 There is a group of children with problematic behavior at home and in school that might be poorly educated, but medical examinations show no organ pathology of the CNS. These children have poor results in school, they are not able to adapt to the standard educational system, they are non-attentive and “restless”, have lower memory capacity and can get tired easily. These changes may occur even in children who were previously problem-free, both in terms of behavior and learning. This can be caused by an increased load, exposure to stressful situations, causing a manifestation of the disorder. Therapy with amino acid compounds help children with oligophrenia, but it is much more effective and rapid in virtually healthy children. Where a transfer to a special school is considered, administration of amino acid compounds can help most of these children to manage learning in a normal school.

We recieved you request and we will contact you shortly.

In case of any question you could contact us phone numbers:

Your mail is accepted